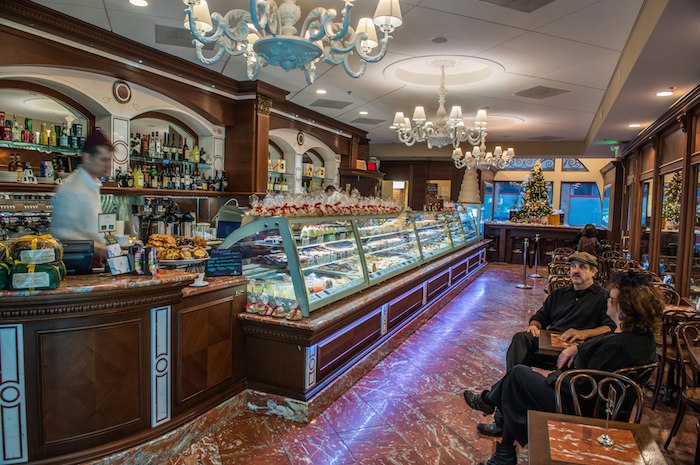 There is a “Little Italy” in most American cities where Italians settled in any numbers, especially at the turn of the last century, but except for the very large Italian-American neighborhoods of New York City, Boston, Chicago and San Francisco, they reveal only a limited flavor of the real thing.

The Twin Cities were also first settled by Italian immigrants at the end of the 19th century, but they were relatively few in number. Italian restaurants soon opened in St. Paul, and a few in Minneapolis. Only in recent years, however, have some serious  and more upscale authentic Italian restaurants, specializing in southern and northern Italian cooking styles, been opened in the area.

Suddenly, seven major new Italian dining rooms have opened, or are scheduled to open. Four of them are located in or near
downtown Minneapolis. But easily the most unusual one opened in downtown St. Paul. Dave Cossetta’s grandfather operated an Italian grocery near the levee in St. Paul beginning just before World War I. Cossetta himself operated  a restaurant and Italian deli on West 7th Street in St. Paul that became a popular spot for southern Italian food. But Cossetta had a big dream — to open a unique Italian food destination in St. Paul. After a $14 million renovation of his existing building near the Xcel Center, his vision has come to life.

On its first floor, the old deli has been expanded to include a huge variety of imported and domestic Italian deli meats, cheeses,
salads, pastas, olives and olive oils, and many other specialties. As part of the deli, Cossetta has added an authentic Italian bakery
with a variety of hand-baked breads and bruschettas. Next to the deli, Cossetta operates the first true Italian pasticceria in the state, serving Lavazza espresso drinks, home-made gelati, and an astonishing array of Italian pastries, cookies and candies,
all made on the premises.

Planned soon for the first floor is an Italian rosticceria where roasted meats will be sold.

In the remainder of the first floor, and all of the second floor, is the original Cossetta Italian cafeteria featuring pasta, veal, chicken, salads, pizza and other popular dishes.

Cossetta has its own large parking lot for its customers.

The West 7th Street neighborhood, adjacent to the Xcel Center and RiverPlace Convention Center, the Science Museum, and the
city’s largest hospital complex has many great restaurants, bars and coffeehouses. Cossetta, with its many floors of dining and
food shopping options is now the flagship of this neighborhood.