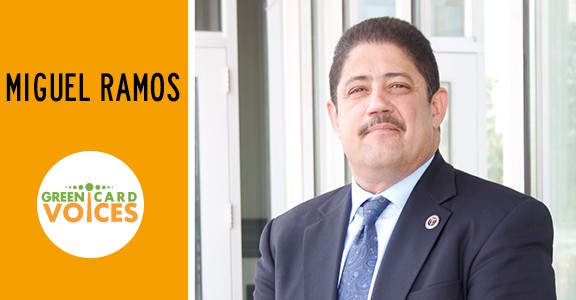 Originally from San Juan, Puerto Rico, Miguel Ramos came to Minnesota thinking he was ready for the drastic change. He realized that many challenges were before him, but he has never given up on his dream.

Mr. Ramos grew up in a poor household in Puerto Rico. When he was seventeen years old, his father passed away; his family couldn’t afford a funeral. Mr. Ramos promised himself that his future family would have the best opportunities possible. As he grew older, Miguel began his career in Puerto Rico. One summer, Miguel visited Minnesota. He was amazed by the opportunities he saw and knew it was the place where he could fulfill his promise.

Despite his success in Puerto Rico, Miguel had to restart his career from scratch. Never giving up, he applied to become the Executive Director of a local nonprofit. He was later appointed by the governor to serve on the Juvenile Justice Advisory Committee.

In 2000, Mr. Ramos was selected as one of Minneapolis/ St. Paul Magazines’ “100 People to Watch”. He also received the 2011 Diversity in Business award from the Minneapolis/St. Paul Business Journal. In 2009, he was offered a position with the Minnesota Twins as their Emerging Markets Director and has been working there ever since. In addition to chairing the board of Green Card Voices, he has served on the board of directors for the Greater Minneapolis & St. Paul United Way, Science Museum of Minnesota and Casa de Esperanza.