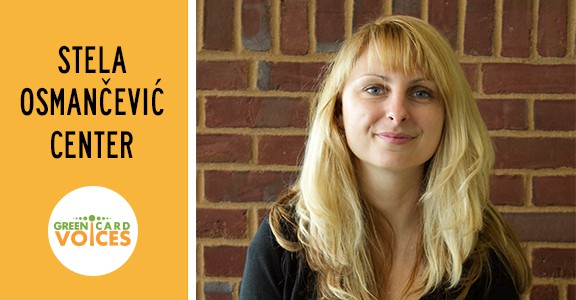 Like many people from the former Yugoslavia, Stela Osmančević Center was greatly affected by the Bosnian War. This experience led her to pursue a career in assisting others.

Ms. Osmančević Center was born in Banja Luka in what is now known as Bosnia and Herzegovina. She grew up near the Vrbas River in a house her father built. When war broke out, her family was discriminated due to their mixed ancestry; they left the country in 1994.

Stela spent a few weeks in a transitional camp between Bosnia and Croatia. She was sent to a more permanent camp two weeks later. Stela made several friends there before her family found out they would be moving to the U.S. At the age of thirteen, Ms. Osmančević Center landed in Minnesota. She spoke no English and felt like an outsider. Stela found support from a teacher who encouraged her to apply to college. After earning her bachelor’s, she received the Rotary Ambassador for Peace scholarship and earned a master’s in international peace studies.

Since then, Ms. Osmančević Center has worked for several national and local nonprofit organizations. She currently works for the American Red Cross, an organization that helped her family when they were refugees. Stela lives in Minneapolis with her husband and daughter.